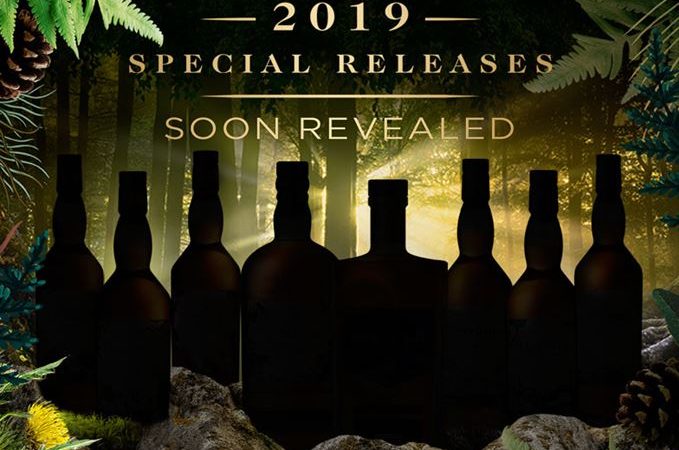 The 2019 Special Releases have been selected by Diageo master blender Dr Craig Wilson and will be launched later this year.

Diageo has revealed the names of the eight whiskies from its silhouette teaser campaign. The whiskies will make up Diageo’s 2019 Special Releases, albeit with a few omissions from its usual line-up. In a brief statement issued by Diageo, the company said the collection of cask strength whiskies have been chosen with the theme ‘rare by nature’, with ‘each one delivering a different journey of discovery’.
Diageo Special Releases have become a highly sought after annual collection, with the collections often featuring rare whiskies from silent distilleries. Until 2018, single malts from cult closed distilleries Brora and Port Ellen featured every year, until last year when Diageo decided to release expressions separately from the Special Releases collection ahead of their upcoming revival in 2020 and 2021.

This year’s series of whiskies is unlike previous collections, with Diageo not including an old grain whisky, blended malt or an unpeated Coal Ila. One of the highlights this year is a 29-year-old whisky from Pittyvaich, which closed its doors back in 1993. This is a follow-up to the 28-year-old from last year, and has been described as a ‘mature and smooth’ single malt.

Diageo has also bottled a Speyside single malt, a 30-year-old expression of Dalwhinnie, a rarely bottled age which has been described beautifully as ‘retaining its undeniably gentle character’.
Making a return to the Special Releases from the 2018 lineup will be Lagavulin 12 Year Old, described as a ‘truly spirited, yet youthful expression’.

The remaining whiskies comprising the 2019 Special Releases will include a 12-year-old Cragganmore, a 14-year-old Cardhu, a 15-year-old Talisker, an 18-year-old Singleton of Glen Ord and last but not least, a 26-year-old Mortlach.

The 2019 Special Releases have been selected by Diageo master blender Dr Craig Wilson and will be launched later this year. Further details about the bottlings is expected to arrive ‘soon’.