How Oats Are Making A World Whisky Comeback 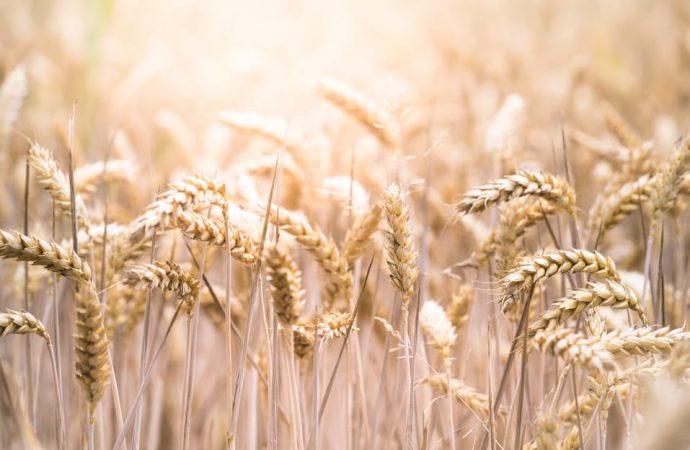 The humble oat was once a common component in the production of Irish whiskey, but a series of legislative and economic events caused it to gradually fade from use.- Shea Bethell

The humble oat was once a common component in the production of Irish whiskey, but a series of legislative and economic events caused it to gradually fade from use. As interest in the grain returns, whisky makers – including those from Scotland – are exploring the unique flavours oats can bring to whisky. Dave Broom investigates.

‘Their plenty of corn was such as disposed the natives to brew several sorts of liquors as common usquebaugh, another called trestarig id est acqua vitae three times distilled… [and] a third sort four times distilled… called usquebaugh-baul… The trestarig and usquebaugh-baul are both made of oats’. So wrote that indefatigable chronicler of the Western Isles, Martin Martin, about distilling on Lewis at the start of the 18th century.

In other words, whisky made from oats has been around for a long time. There are occasional references to the grain being used in mashbills in Scotland from the end of the 18th century, right up to the 1908 Royal Commission. It played a far more significant role in the evolution of Irish whiskey, however.

In his history, Irish Whiskey, EB McGuire writes: ‘Before a duty was imposed on malt in 1785, distillers malted both barley and oats, but when the duty was levied it was assessed on volume and as oats swell much more than barley when steeped, malting oats became prohibitive.’ Not that they stopped being used. Illicit distillers used them because, McGuire attests, the grain ‘produced a better-flavoured whiskey’.

The jury might have been split on that. In his An Essay in the Use of… Inebriating Liquors(1838), author Samuel Morewood writes of an illicitly-distilled Irish spirit called buil-cean[literally ‘mad head’] made from ‘a species of black oat’.

Alfred Barnard came across oats when he was taken to an illicit still in Ireland in the 1880s, where he found oats being used in a slightly different manner.

‘The mashtun [sic] was a cask hooped with wood, at the bottom of which… was a hole plugged with tow. The vessel had no false bottom; in place of it the bottom was strewn with young heath and over this a stratum of oat husks…’ 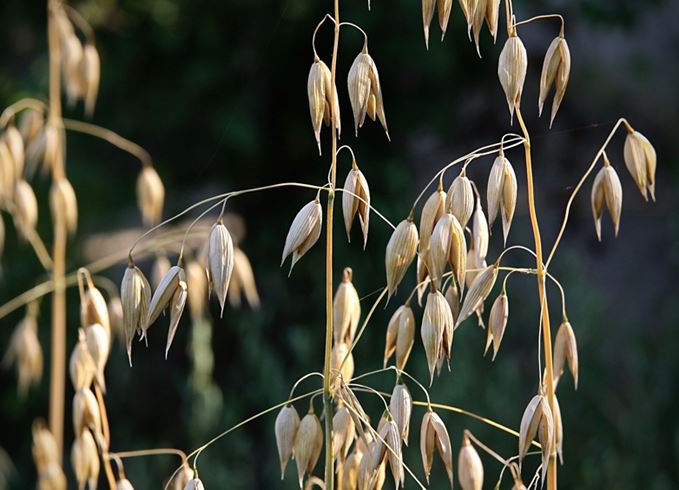 Choice grain: Oats were used often in Irish whiskey due to their affordability.

Blackwater’s CEO Peter Mulryan is also a noted historian of Irish whiskey. His take on why oats started to be used by the country’s legal distillers in the 19th century is based on economics.

‘Malt was expensive, barley less so; but it was mostly confined to Munster,’ he says. ‘Wheat was a racehorse and post-Famine [1849] its use in whiskey was frowned upon. So that left rye and oats. Rye had limited other use, so it’s not that common in Irish whiskey – oats however were everywhere. They were in animal food and also cooked into porridge; oat is easy to grow and very forgiving. It’s not surprising that they were used so frequently in Ireland.’

Barnard mentions oats being used in Phoenix Park (Dublin) and Abbey Street (Londonderry/Derry), while Locke’s (Kilbeggan) had ‘a large detached building used for the making of its patent oatmeal’, which may or may not have been used in Irish whiskey (he also describes how Bristol distillery used oats in the mashbill for its grain whisky – which was then sent to Scotland and Ireland for blending into Scotch and Irish).

While Mulryan attests that their use was flavour-led, Carol Quinn, archivist at Irish Distillers Ltd (IDL) has a different take. ‘Oats feature in Irish mashbills from at least the 1850s,’ she says. ‘Although no doubt they contributed to the flavour profile, their inclusion had a more practical reason. The hulls and husks of oats aided the draining of the wort, acting as a sort of natural filter.’

Oats were widely used in Irish whiskey until the 1970s. Mulryan highlights a submission to the Irish Government in 1953 by the Irish Pot Still Distillers Association, which defined pot still Irish whiskey as comprising around 80% barley (malted and unmalted), 15% oats and 5% wheat, but as the industry contracted, so oats began to disappear. 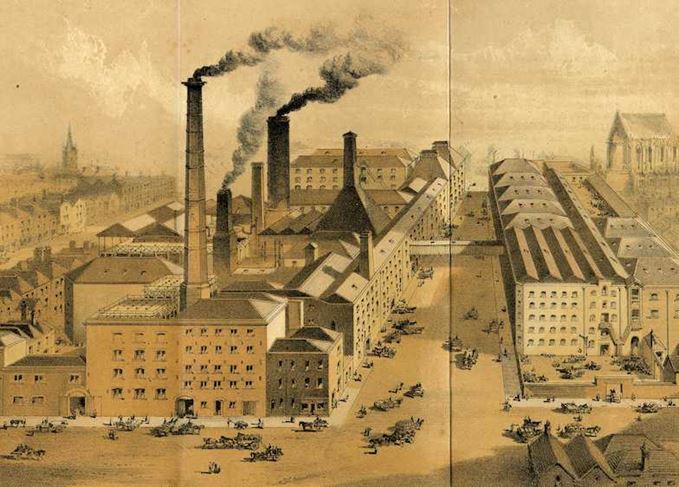 Fall from favour: Distilleries such as Bow Street lessened their use of oats over time (Photo: Irish Distillers)

‘According to an article written by Vincent Bowers (the last distiller at Dublin’s Bow Street) in 1970, they amounted to around 5% of the total mashbill,’ says Quinn. ‘Their use stopped in 1975 when New Midleton was built.’

It seemed as if oats had had their day in Ireland and Scotland until recently. Although a major distiller has run an experimental mashbill with 30% oats, InchDairnie’s 51% oat spirit is, as far as we can tell, the first made predominantly with the grain in Scotlandmaybe since Martin Martin’s day.

Oats have become better established in the United States, appearing in mashbills at a number of distilleries including Oregon’s Ransom, which adds 15% to its ‘Irish style’ whiskey The Emerald. Tennessee-based microdistillery Corsair has a blend of coffee malt and oats called Oatrage, while Jim Beam included rolled oats in one of the mashbills of its Signature Craft Harvest Collection. Others have gone the whole hog. High West distillery in Utah uses 85% oats in its white oat whiskey, Stone Barn and Koval have both made 100% oat whiskeys.

The latter started with oats in 2009. ‘We were experimenting with a number of grains,’ says Koval CEO Robert Birnecker, ‘and oats came out to be one of our favourites. We have the 100% oat whiskey aged in American oak for at least three years, and also use them as part of our Four Grain Whiskey.

‘Although they have a relatively low yield, the taste is fantastic, giving a creaminess, full mouthfeel and overall richness. Are they underrated? Yes!’ 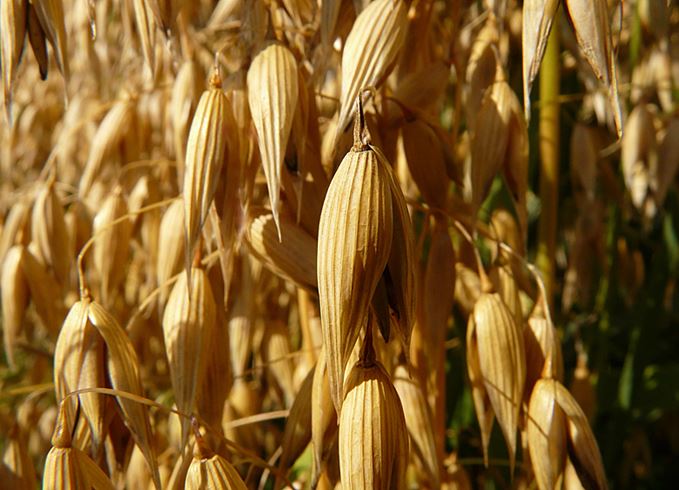 Original purpose: Were oats historically used to aid filtration or to add flavour?

Mulryan was equally enthusiastic. ‘Oats? We fecking love the stuff!’ was his initial immediate reaction. ‘Pot still whiskey with oats was in our plans at the start. Four out of five of our historic mashbills call for oats of up to 20% of the total weight. We’re typically using between 20% and 10%, but will go as high as 40% soon and have explored malted and unmalted (including a peated version).’

So what of the argument that oats were only there for filtration purposes? ‘If only oat hulls were used in the mash, I would agree that the hulls were used for filtration purposes, rather than flavour,’ he says. ‘But if the grain is included, their impact on flavour and body is unavoidable. I cannot imagine a situation where a grain is used in a recipe without flavour in mind.’

There is a trade-off for the flavour however. ‘Oats don’t provide a high yield,’ Mulryan continues, ‘so the higher percentage of oats in the mashbill, the lower potential abv the wash will have, which affects how much whiskey we can squeeze out.’

They can also be sticky in the mash tun, so why bother? ‘Flavour,’ he responds. ‘They are an adjunct grain, providing more to flavour and mouthfeel in the whiskey than anything else. They lend a beautiful creaminess to the mouthfeel.’

As Ian Palmer outlined, it took two years to finally distil InchDairnie’s oat spirit, a prolonged process which involved finding the correct strain of the cereal (winter-grown, rather than the spring strains used for porridge), and then sourcing it and finding a maltings to process the grain. 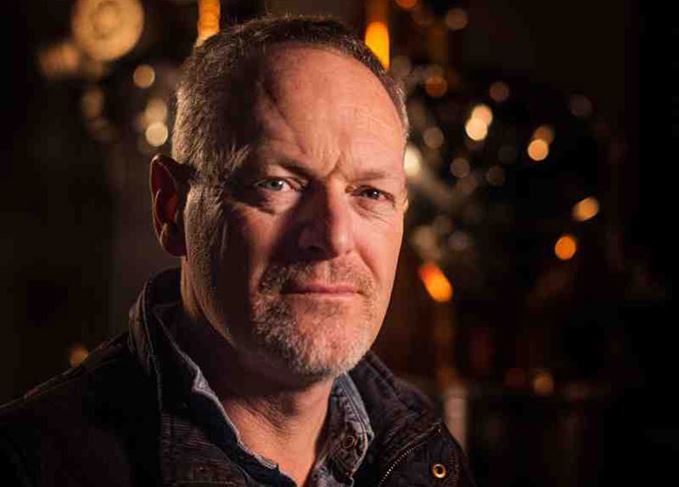 While a full analysis hadn’t taken place as this went to print, Palmer reported that the new make had ‘a distinctive cereal note with a high oiliness to it, giving a very creamy feel. The wort was very turbid which is driving a lot of these flavours. The spirit is very gentle; very little spirit prickle when nosing and little of the spirit burn when tasted’.

Oats are also at the centre of a vivid debate over the imposition of a definition of single pot still, in which Mulryan argues that the 2014 technical file for pot still Irish whiskey was drawn up to protect pre-existing brands. ‘The Pernod [Irish Distillers] gospel that pot still Irish whiskey is malted and unmalted barley is BS of the highest grade,’ he says.

‘There has never historically been a pot still Irish whiskey that is compliant with the current definition. I have distillery mashbills covering the period 1823 to 1955 and instead of ‘other grains’ making up 5% of the total (as is currently allowed), the range is actually from 20% to 70%. So how did we end up defining a category in terms of a 5% limit that never existed?

‘Oats are Ireland’s gift to the whiskey world,’ Mulryan continues. ‘Pernod’s inability to grasp that and their success is boxing off “other grains” to 5% of a pot still mashbill is nothing less than cultural appropriation.’ That debate will continue to rage. What is clear is that one of whisky’s forgotten grains is now being reappraised. Distillers around the world are starting afresh.

‘The thing about oats [in Scotland] is that the book hasn’t been written,’ says Palmer. ‘We’re writing it. That’s exciting.’