Big Scotch Whisky: Who Makes It And Where It’s Drunk 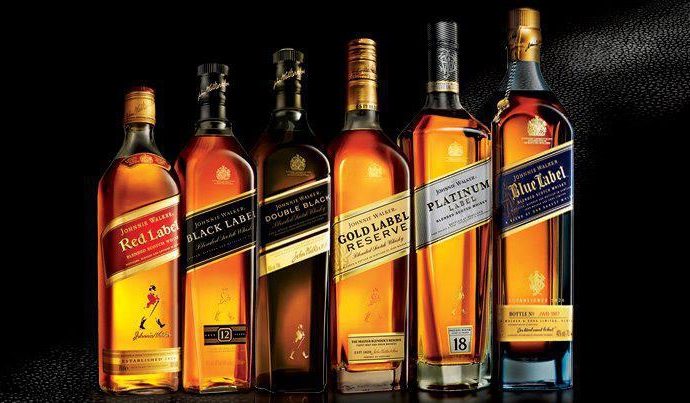 Although the bourbon and Scotch industries are roughly equal in terms of raw value, in world terms it’s still Scotch whisky that comes out on top.

According to Scotch Whisky Association (SWA) figures, the UK exported £3.95 billion ($5.5 billion) in Scotch whisky in 2015, compared to $1 billion in American bourbon exports.

The story told by those numbers is clear: bourbon is still a primarily domestic product, while Scotch is a worldwide drink.

For enthusiasts and investors alike, looking at where those Scotch whisky drinkers live and what they are drinking is an exercise sure to yield a few surprises.

The biggest surprise for most, even those who pay some attention to the world whiskey industry is that China is not only not among the Top 10 whisky consumers. Just a few years ago the croakers were making gloomy shortage predictions about how the Chinese would buy up every last drop of Scotch whisky and mix it with (gasp!) green tea, but Chinese belt-tightening has caused whisky imports to take a nosedive.

According to the SWA, these are the ten biggest consumers of Scotch whisky:

1. United States: The United States is the world’s largest and most lucrative market for whiskey of all types. It consumes not just the overwhelming majority of all American whiskey made, but also the largest share of Scotch whisky. Just like bourbon, Scotch is booming in the U.S. This is why brands like The Macallan and The Glenlivet retained their age statement whiskies in the U.S., while removing them from European shelves. This “robbing Peter so that Paul will pay you more later” strategy is one of shifting a finite amount of aged stock to where it will drive higher sales and grab more market share in the rich and vibrant American market.
2. France: It’s the “Auld Alliance” in a glass, because the French love Scotch whisky and have consistently been the second-largest whisky market in the world for years. In 2013, they imported £434 million worth.
3. Singapore: How does this tiny city-state wind up being the world’s third-largest whisky market, importing £330 million worth? They have that combined East Asian-British Colonial love of the stuff, and they can afford it.
4. Spain: Spanish whisky habits are the comparison point for how you can tell when a European country loves vs. likes vs. dabbles in whisky-drinking. They imported £180 million, almost as much as Germany (see below), and this with a much smaller population and much lower incomes. Against that, France is a little bigger and a good deal richer, but drinks much, much more.

5. Germany: Germany imported £172 million in Scotch during 2013. While the Germans don’t adore whisky, they are a big country, an EU member, and they have money to spend. That is enough to get them to the number five slot.
6. South Africa: Two aspects of why South Africa is on this list are held in common with other countries on this list. They are one of the world’s “middle income countries,” not quite among the wealthiest but very, very far from being Third World either, and therefore endowed with a thriving middle class. The other aspect is that South Africa was once part of the British Empire, and whisky is part of that cultural legacy.
7. Taiwan: Similar to South Korea, Taiwan is a key whisky market. Part of the reason is that Taipei hasn’t leveled an import duty on whisky, but the Taiwanese have a genuine liking for Scotch. Hence Kavalan.
8. South Korea: As incomes have risen, so has the Korean thirst for Scotch, making it a key whisky market.
9. Mexico: Interest in whiskey in general is booming in Mexico, which has been a fixture in the lower tiers of the Top 10 Scotch importers for years. This has led to the country joining the international distilling movement, with a few distilleries in Mexico opening in recent years and making a mix of American and Scottish style whiskeys.
10. Brazil: Despite its current economic troubles, Brazil is still the world’s sixth largest economy and has a growing middle class. Whisky is trendy in Brazil, just as it is in much of the rest of the world, although imports are still relatively modest at less than £100 million.

Most won’t be surprised to see Johnnie Walker at the top of this list of the biggest Scotch brands. What they might be surprised by is how not one single malt made the Top 10. The least of the ten biggest Scotch brands, Bell’s, ships about 2.5 million cases a year. The two largest single malt brands, Glenfiddich and Glenlivet, ship just barely over 1 million cases each. Many enthusiasts prize single malts and scorn blends, but it’s blends that dominate the whisky trade.

Johnnie Walker is by far and away the biggest brand in Scotch whisky, having shipped 17 million cases in 2014.